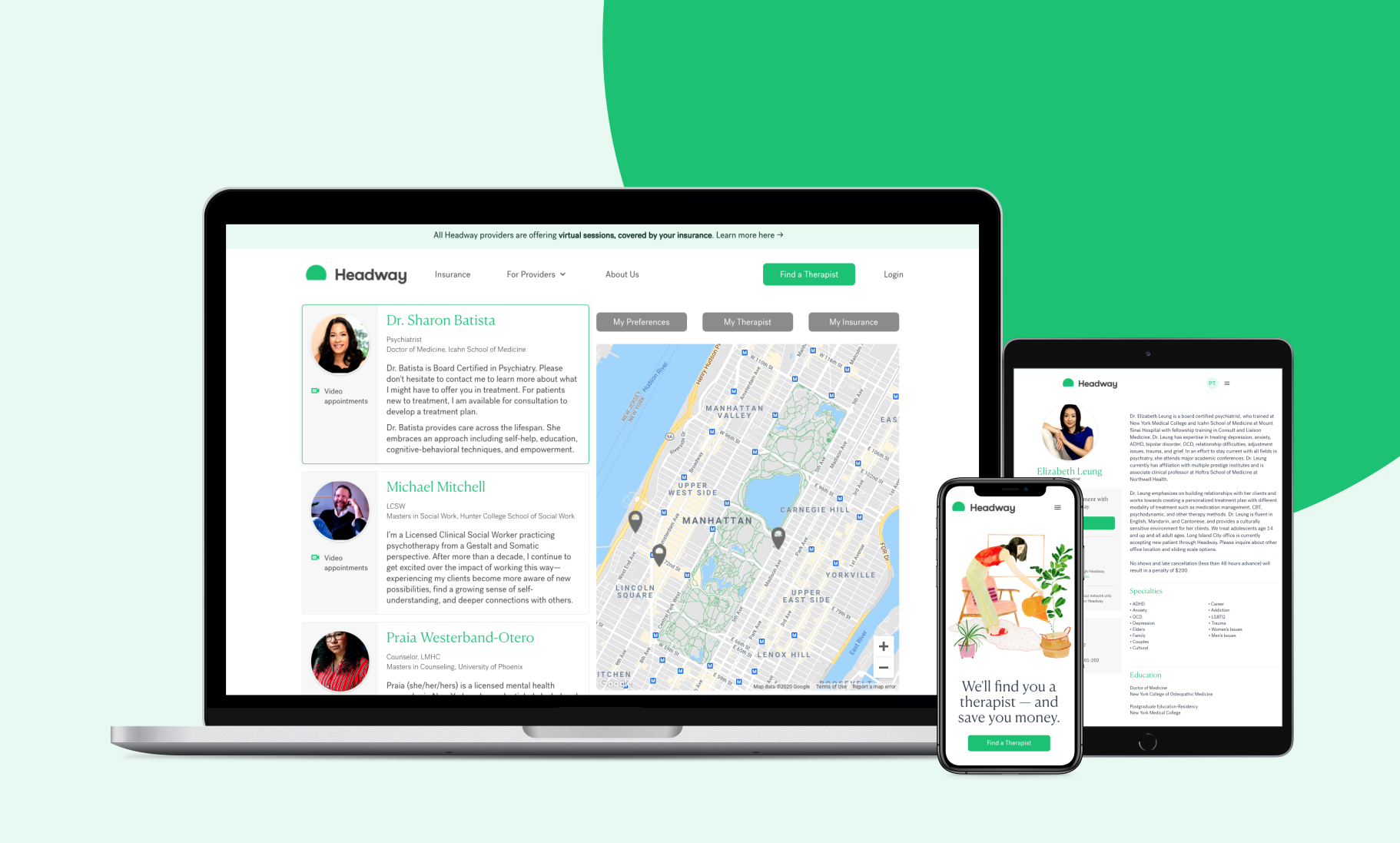 On the heels of a $26 million round last summer, mental health startup Headway raised another $70 million. The New York-based startup plans to use the funds as it continues to expand its network of therapists to new states. Recently, it added therapists in 10 states, including New Jersey, Florida, Texas and Illinois.

CEO Andrew Adams co-founded the startup in 2019 after encountering a problem that many people have experienced — the difficulty of finding an in-network therapist. The solution: build his own network, by making it easier for independent practices to handle claims, credentialing and other administrative work that comes with insurance.

Headway structures its business so that therapists become independent contractors of the company, which is paid by insurers every time they see a patient. It currently works with Aetna, Cigna, United Healthcare, Oscar and Oxford.

In the last year, the startup claims to have increased the number of therapists on its platform by 500%, and its total revenue by 800%.

“As someone who struggled firsthand to find access to affordable therapy, I am proud to lead Headway in building out a new mental healthcare system that will render this kind of inaccessibility an anachronism,” Adams said in a news release.
Increased uptake of virtual visits have also been a big factor in Headway’s growth. Currently, about 89% of its visits are through telehealth, though that number was as high as 97% during the height of the pandemic.

Andreessen Horowitz (or A16Z) led the series B round, with participation from previous investors Thrive, GV and Accel. Adams emphasized that the funding wasn’t so much about the cash —  adding that Headway hadn’t spent a dime of last year’s series A —  but more about the expertise the company will be gaining.

Andreessen Horowitz Partner Scott Kupor will join the company’s board and Accel Partner Cherry Miao is joining as its head of finance and data.

“We couldn’t pass up the opportunity to add A16Z’s healthcare and startup expertise to the team,” he said. “We’re excited for this partnership to catalyze our already rapid growth… as we unfurl our solution to mental health’s affordability crisis to states across this country.”

Several other mental health startups, from Ginger to Modern Health, have raised funding in the first quarter of 2021. But most contract with employers directly to cover digital therapy services as a benefit, rather than focusing on the administrative process.