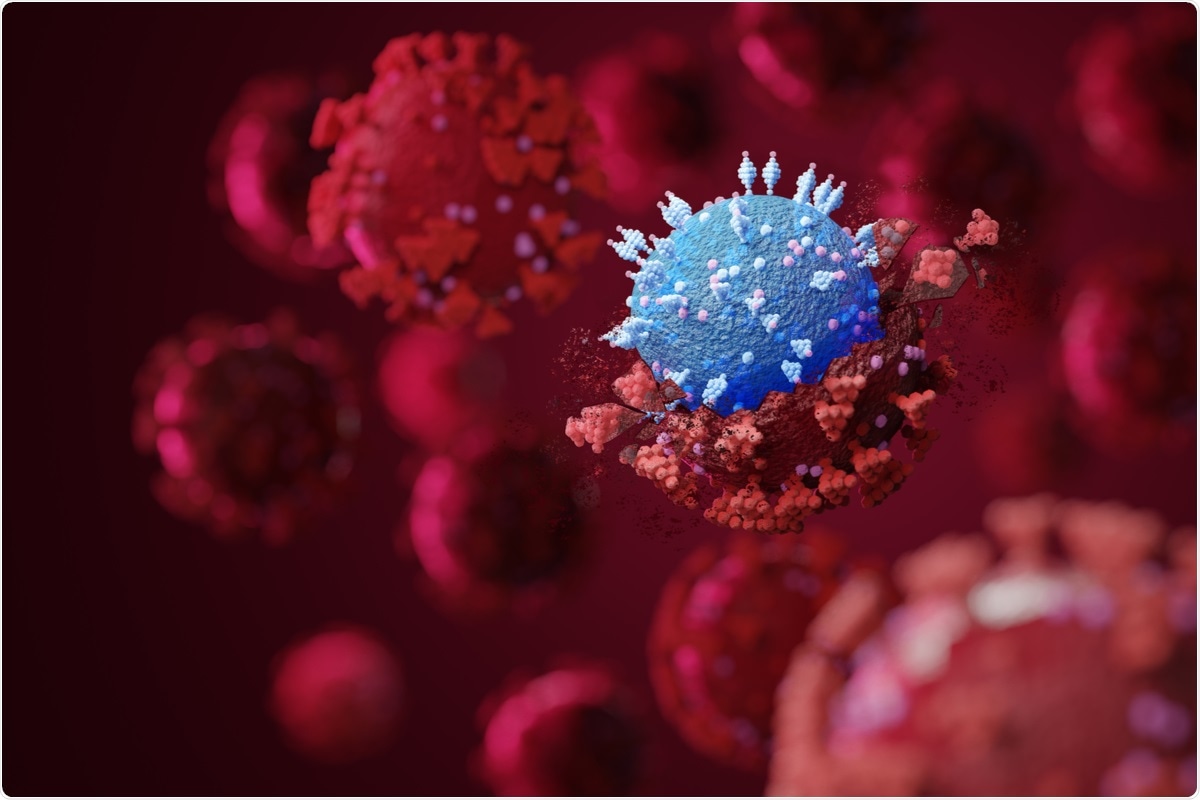 In a recently published Nature Communications study, the authors describe the B.1.620 lineage discovered in Lithuania. According to this study, the lineage is inferred to have originated in the Central African Republic and then dispersed to several neighboring countries throughout Europe, as well as the United States.

Study: Emergence and spread of SARS-CoV-2 lineage B.1.620 with variant of concern-like mutations and deletions. Image Credit: Fit Ztudio / Shutterstock.com

The Global Initiative on Sharing Avian Influenza Data (GISAID) aims to integrate efforts of the international scientific community to understand the spread and evolution of influenza viruses. As a result of this initiative, scientists have full access to comprehensive genetic sequencing, clinical, and epidemiological data from virus isolates.

GISAID is a community resource project that was originally established in 2008. Since the coronavirus disease 2019 (COVID-19) pandemic began, GISAID has proved to be a valuable resource for the dissemination of SARS-CoV-2 genomic data and for inferring the emergence and spread of several SARS-CoV-2 lineages.

B.1.620, which was first identified in Lithuania, exhibits the spike protein mutation E484K. Due to repeated reports of this mutation, this lineage was redirected to sequencing.

A search for relatives of this lineage on GISAID showed a few genomes from Europe initially; however, more relatives of this strain continue to be found. B.1.620 has a Pango lineage designation integrated into GISAID.

This lineage now includes genomes from France, Switzerland, Belgium, Germany, England, Scotland, Italy, Spain, Czechia, Norway, Sweden, Ireland, Portugal, the United States, Canada, and, most recently, the Philippines and South Korea. Initial B.1.620 European cases included travelers returning from Cameroon; however, more recently, genomes are also being submitted to GISAID from the Central African Republic, Equatorial Guinea, the Democratic Republic of the Congo, Gabon, and the Republic of Congo.

VOC mutations and deletions within the B.1.620 lineage

B.1.620 genomes carry a large number of unique mutations. In fact, this SARS-CoV-2 strain is 18 mutations away from nearest relatives and 26 from the reference strain Wuhan-Hu-1.

The scientists of the current study determined precise travel dates and travel history through GISAID associated metadata and by contacting the submitting labs, who contacted the originating lab or the patient’s general practitioner.

Through travel-related cases of B.1.620, the scientists suspected Cameroon as the immediate source of this lineage. The genomes on GISAID from Cameroon were diverse and informative, thus suggesting that these could be distant relatives of B.1.620.

While this study was ongoing, SARS-CoV-2 genomes from the Central African Republic were deposited on GISAID; however, none of them resembled forebearer or sibling lineages to B.1.620.

B.1.620 may escape antibody-mediated immunity

B.1.620 carries the D614G mutation, which enhances infectivity of SARS-CoV-2 as a result of its enhanced interactions with the angiotensin-converting enzyme 2 (ACE-2) receptor. B.1.620 also carries the P26S, HV69/70Δ, V126A, Y144Δ, LLA241/243Δ, and H245Y mutations in the N-terminal domain (NTD) of the spike protein. These mutations may have arisen as an escape from antibody-mediated immunity.

The spike protein of B.1.620 also carries S477N and E484K mutations in the receptor-binding domain (RBD) of the spike protein. However, in contrast to other VOCs, this strain of SARS-CoV-2 does not carry the N501Y or K417 mutations.

Using in silico methods, the scientists modeled the RBD-ACE-2 interface with the S477N and E484K substitutions. Molecular dynamics simulation of this interface indicated that B.1.620 may escape antibody-mediated immunity while maintaining a favorable interaction with the ACE-2 receptor.

In Lithuania, the B.1.620 strain was found 2.4 times more often in vaccine breakthrough cases as compared to its population prevalence. The frequency of B.1.620 across the five most affected European countries of Lithuania, Germany, Switzerland, France, and Belgium appeared relatively stable, though at a low level. This may be attributed to the increasing vaccination rates and improving weather in Europe.

There is an ongoing disseminated outbreak of B.1.620 in Lithuania. However, genomes of this lineage have been found from other regions in Europe. These other B.1.620 genomes from Europe appear to indicate ongoing transmission in Europe.

The scientists compiled the B.1.620 genomes dataset. They had seven genomes from travelers, six of which were sampled in the Central African Republic (CAR) near the border with Cameroon. This indicates that the most plausible geographic region where B.1.620 is circulating widely is central Africa.

The individual travel histories that the scientists collected point to several independent introductions of B.1.620 into Europe. There were documented cases of infected travelers returning from Cameroon to Belgium, France, and Switzerland, as well as from Mali to Czechia.

The scientists identify evidence of ongoing local transmission of B.1.620 within Belgium.

Using a Bayesian phylogeographic inference methodology, the scientists infer an African origin of lineage B.1.620.

According to this study, the variant then spread to different European countries through multiple introductions. Subsequent country-level phylogeographic analysis pointed to central Africa as the likely origin of this lineage.

This study suggests that B.1.620 could be circulating more widely in Africa and that its detection in Europe mostly occurred in countries with recent active genomic surveillance programs. Detections of B.1.620 in African states neighboring Cameroon and the Central African Republic such as Equatorial Guinea, Gabon, and the Democratic Republic of the Congo, even at low sequencing levels, suggest that B.1.620 may be prevalent in central Africa.

The current study highlights the global inequalities in infectious disease monitoring. These inequalities have an impact around the world since it is a global pandemic. Furthermore, the findings discussed here emphasize the importance of collecting and sharing associated metadata with genome sequences like travel histories.

Taken together, the scientific community should not undermine the importance of sharing critical metadata in a consistent and standardized manner.